The MACC team has always consisted of many talented individuals, but as of last month, we have the honor of working with a world champion dancer. Fred Schmidt, a Senior Data Analyst, was named the United Country Western Dance Council’s top-rated Male Points Champion for 2017. Not bad for a guy who had never stepped foot on a dance floor until 2015.

Fred’s entrance into the world of dance started with the purchase of a beginner’s package of three ballroom dancing lessons from an Omaha studio. He wanted to try his hand, or feet in this case, at dancing. Fred’s wife, Denise, passed away in 2011, and he said was looking for something to get him out of the house.

The package was purchased in January of 2015, but Fred said he didn’t rush to the dance floor. He traded e-mails with the instructor and eventually took his first lesson in April. He learned a two-step dance during his first lesson and then returned for the second. It didn’t go so well.

“Lesson two was a disaster,” Fred said. “The third lesson was already paid for, so I figured I’d give it one more shot and it was better.”

After his initial lessons were over, he received a card in the mail from the studio.

“I thought it would be a note telling me thanks, but to think about trying golf or bike riding,” he said.

The note was indeed a thank you note, but his instructor, Elizabeth Edwards, also wrote he had started off very well. These words of encouragement were enough to bring Fred back to the dance floor for more lessons. He took lessons through the spring and into the summer. Eventually there was an opportunity to perform a demonstration dance for an audience.

The first of these demonstration dances was held at a local pumpkin patch that fall. Fred and Elizabeth performed a series of ballroom dances in the rustic setting provided by the pumpkin patches’ stage. At the time Fred figured performing at a pumpkin patch would probably be the extent of him dancing in front of an audience. It turns out, Fred was just getting started.

He and Elizabeth went on to perform a showcase dance, which is done at the studio in full costume, for friends, family and the rest of the dancers. The showcase dance was followed by more lessons and Fred getting better each week. By the following June, Elizabeth had Fred dancing at his first competition, the Nebraska Invitational in Omaha. It was a ballroom event and the first time Fred had an opportunity to dance on a real ballroom floor.

Going country
Up until this point, Fred and Elizabeth were performing traditional, ballroom dancing. The pair opted to try a country routine and take it on the road to a dance competition in Chicago in August of 2016. Wearing special, lightweight cowboy boots, they performed dances like the cha-cha, the nightclub two-step, and swing all set to country music. As at all dance competitions, competitors were judged on their ability to keep time, move to the music, knowledge of steps, and overall presentation.

Fred said for him, the hardest part of dancing is keeping the beat as it’s easy to get off it.

Even if keeping the beat didn’t come naturally, Fred was quickly becoming a good country dancer as the Chicago competition went very well. Dance student and instructor decided to stick with country and attend more competitions during the 2017 season. Their travels took them to Arizona, Alabama, Georgia, and Tennessee.

The points start to add up
Fred and Elizabeth accrued points for each event they attended and for placing well in the judges’ rankings for each of the seven different types of country dances they performed in five divisions. The couple’s points continued to grow, but Fred wasn’t aware of just how well he and Elizabeth were doing.

“I knew I was accumulating points, but I didn’t think they would affect me,” Fred said.

It turned out that Fred and Elizabeth were racking up points faster than almost any other dancers.

“I happened to notice the point totals on Facebook and I was third,” Fred said. “I thought that had to be a mistake.”

It wasn’t an error. Fred was third out 432 dancers. At that point, they made a decision.

“We decided to finish this out…let’s try to win this,” Fred recalled.

They went on to competitions in Los Angeles and Dallas. While at these events, they won five division championships. These performances are what earned them the right to be world champions of their class. They also earned Fred the right to wear a belt buckle with the number of points he earned in 2017. They went to “Worlds” in San Francisco where they were recognized for their world championship status.

He said there were two motivating factors that pushed him to earn his title.

“It was fun. Even with all of the hard work it’s fun,” he said. “And there is nothing like a goal to get your attention and get you focused.”

Fred also wanted to be successful for Elizabeth. She has danced competitively with other students in the past, but never gone as high into the rankings as she did last year with Fred. As a dance instructor, having a student crowned champion comes with an award, but more importantly, it illustrates how good of an instructor she is.

“It’s a real credit to Elizabeth,” Fred said. “We partner dance and we’re a team. Without her belief in me, I wouldn’t have done any of this.”

Where to go from here?
As a champion, Fred has the right to defend his title and he said he is considering doing so. He may cut down on the number of competitions he attends this year, but take steps to earn more points at each event. This would mean adding additional dances to his routine like the more difficult triple-two or the more structured line-dancing. Also, Fred would like 2018 to be a year for learning new steps and participating more in social dancing.

Wherever Fred goes from here, he has one definite goal in mind.

“I want to be a better dancer, “he said.

Click below for a gallery of pictures from Fred’s competitions 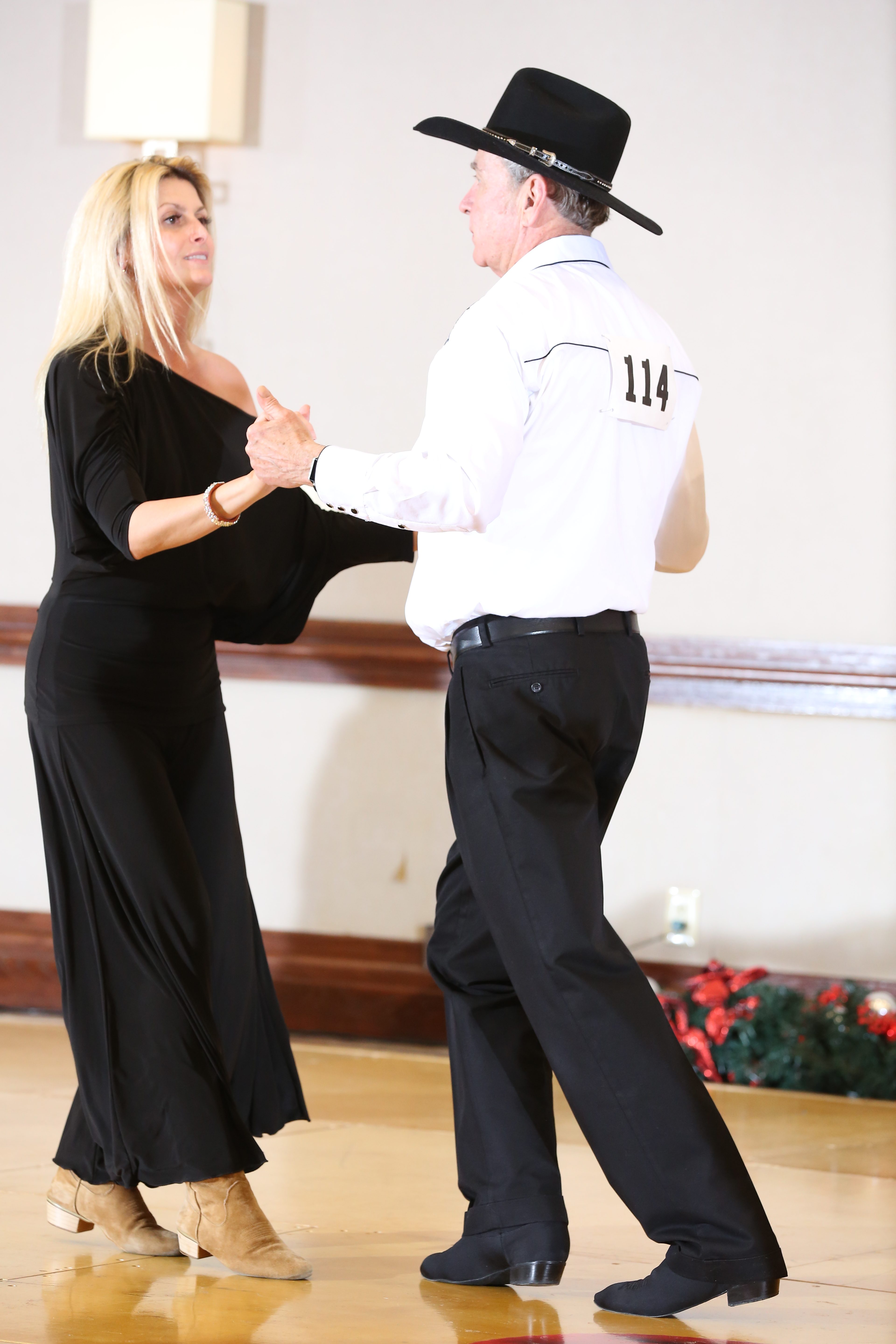 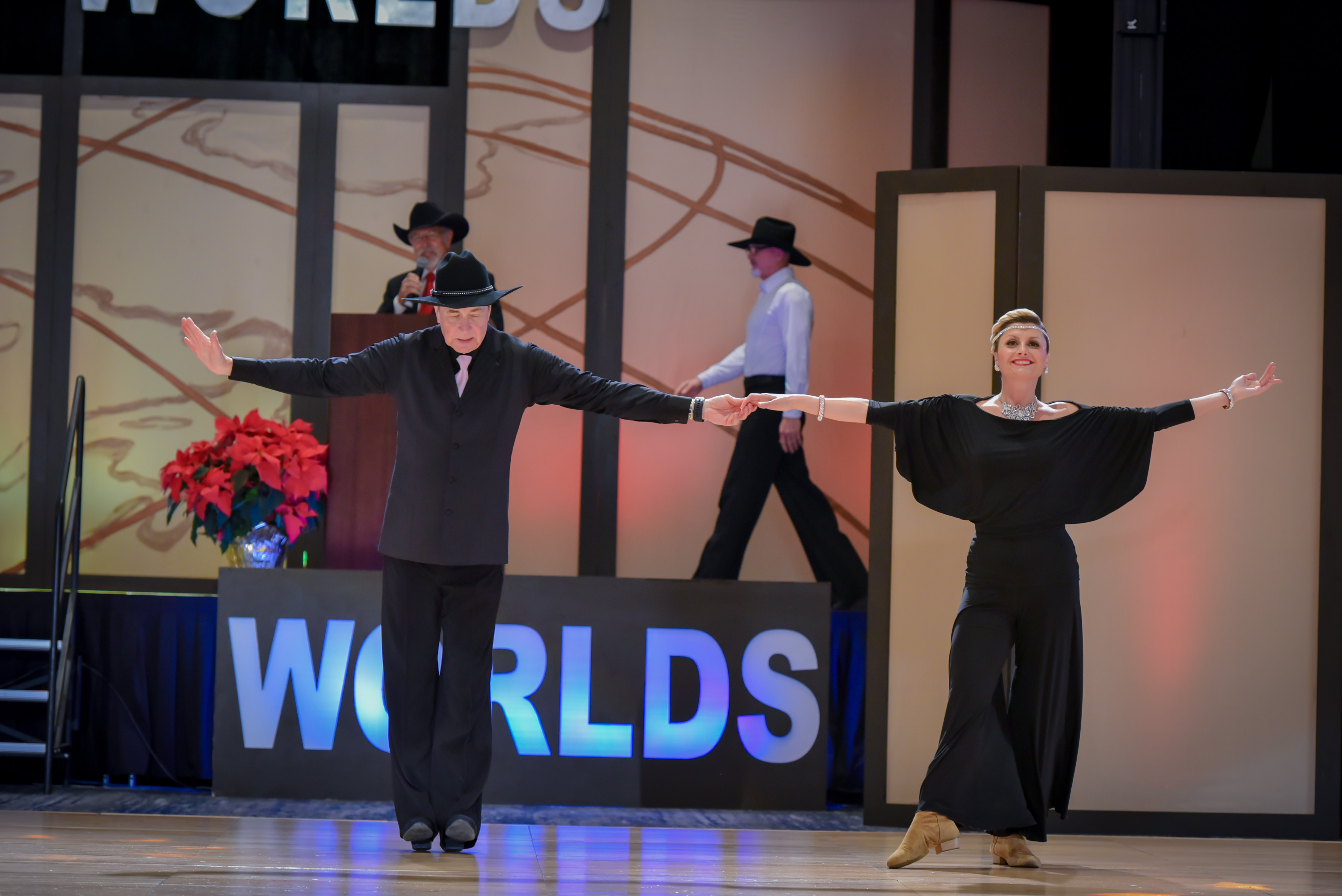